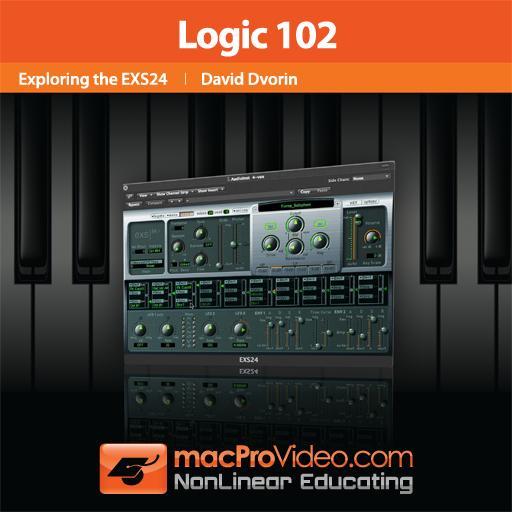 Logic 102
Exploring The EXS24
Genre: Audio
David Dvorin, the former Manager of Educational Development for Apple's Pro Apps division, shows you how to get the most out of Logic's ESX24 Digital Sampler!
Skills:

David Dvorin
Formerly the Manager of Educational Development for Apple's Pro Apps division, David now works as a music professor at California State University, Chico. There are few Logic trainers in the world with the credentials and experience of David Dvorin ...
Watch Free Previews!
View up to 5 free videos from ANY course each day.
Out of free previews? Come back tomorrow to watch some more!
Get A Library Pass!
Watch this course – and ALL macProVideo.com courses – for as long as your pass is active.
Purchase just this course! Watch it anytime, for life.
To download & view offline, use our
NonLinear Educating Player Software.
Overview
Status: Available | Released: Sep 10th, 2009
The EXS24 is the workhorse sampler that sits at the base of many modern musical compositions. With it's ability to stream digital samples directly off your computer's hard drive, the EXS24 is an extremely powerful studio tool.

In this tutorial program, David Dvorin demonstrates essential ESX24 sampling skills including how to build your own custom EXS24 instruments. In fact, by the end of this tutorial you'll be able to confidently create realistic multi-sample instruments using zone and velocity mapping.

You'll also learn how to accurately trim and loop samples, how to simulate vibrato and use the EXS24's filter section to add realism, and how to import many popular sample libraries including Akai sample CDs and Giga Sampler libraries.

This tutorial provides you with the quick-way into Logic's ESX24 Sampler. If you're looking to to get the most out of the EXS24, this tutorial is a perfect jump-start.

For a detailed list of the topics this tutorial covers, check out the Table of Contents.
Outline
Section 1: Section 1: Introduction
Section 2: Section 2: Importing Sample Libraries
Section 3: Section 3: Optimizing The ESX24
Section 4: Section 4: Sampler Instruments
Section 5: Section 5: Playback Parameters
Other courses in this series
What to do next
Embed Video
Embed this video in a blog, forum post, or webpage.