Logic 203
Logic's Music-for-Picture Toolbox
Genre: Audio
Learn essential skills for scoring video and film in this comprehensive tutorial by Steve H, a man with over 20 years of experience in making music for moving pictures.
Skills:

Steve Horelick
Twice Emmy-nominated Steve H is a Logic Pro Master and industry-leading audio producer/performer. You might know him from TV's "Reading Rainbow" ... he scored every episode of that program.
Watch Free Previews!
View up to 5 free videos from ANY course each day.
Out of free previews? Come back tomorrow to watch some more!
Get A Library Pass!
Watch this course – and ALL macProVideo.com courses – for as long as your pass is active.
Purchase just this course! Watch it anytime, for life.
To download & view offline, use our
NonLinear Educating Player Software.
Overview
Status: Available | Released: May 21st, 2010
Hi, Steve H here. I'd like to tell you about this tutorial, Logic's Music-for-Picture Toolbox!

Film/video scoring is a skill that many composers need to master if they want to be competitive in this crazy world of music!

Every day, all around the world, there are thousands of cable TV and internet channels producing tons of video content that ALL need music and sound. However, before you can dig in and start composing for picture there are concepts you've got to understand and tools you need to know how to use.

In this second tutorial of my Logic's ToolBox series, I demystify the relationship of time, tempo, and frame rates. I thoroughly explain SMPTE and video synchronization. I show you how to beat map "Hit" points and make all your beats line up with the picture. I reveal the best ways to import the video's audio into Logic's arrange page without worrying about losing synchronization. Even better, I share many of my film scoring "secrets" and take you on a compositional journey showing how I dream up my musical scores and turn them into final TV-ready productions... and that's just the beginning!

As a bonus, I'm Including a free QT movie complete with visual time code for you to sync and compose to and some of my Logic project files to explore!

You know, I've been scoring to video for most of my musical life including many award winning films and TV series and it brings me great pleasure to share my Music-for-Picture knowledge my macProVideo friends!

So if you're new to film scoring this tutorial will start you on your way to a whole new dimension in your career. If you're a professional film scorer this tutorial will give you some technical tips and tricks to help you perfect your skills.
Outline
Section 1: Section 1: Exploring Time and Tempo
Section 2: Section 2: All About Movies and Codecs
Section 3: Section 3: Dealing with Audio Sync
Section 4: Section 4: Making Music
Section 5: Section 5: Adding Audio Effects
Section 6: Section 6: Bouncing Stems and Exporting Audio
Section 7: Section 7: The Magic of Markers
Section 8: Section 8: Discuvering the Perfect Tempo
Section 9: Section 9: Adjusting the Gride to the Hit Points
Section 10: Section 10: Syncing Midi Hits to SMPTE
Section 11: Section 11: Steve's Tips and Tricks
Other courses in this series
What to do next
Embed Video
Embed this video in a blog, forum post, or webpage. 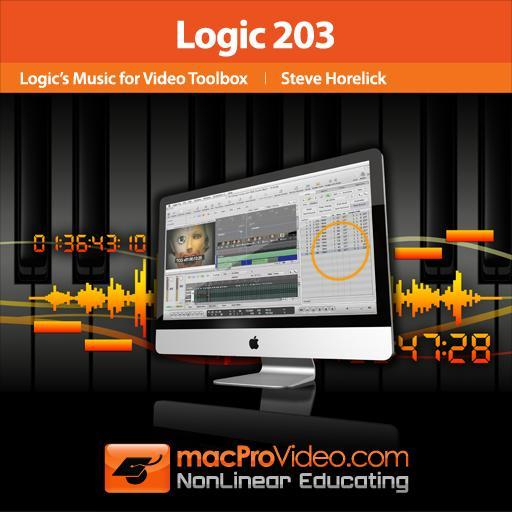