Steve Horelick
Twice Emmy-nominated Steve H is a Logic Pro Master and industry-leading audio producer/performer. You might know him from TV's "Reading Rainbow" ... he scored every episode of that program.
Watch Free Previews!
View up to 5 free videos from ANY course each day.
Out of free previews? Come back tomorrow to watch some more!
Get A Library Pass!
Watch this course – and ALL macProVideo.com courses – for as long as your pass is active.
Purchase just this course! Watch it anytime, for life.
To download & view offline, use our
NonLinear Educating Player Software.
Overview
Status: Available
Logic's power as an audio editing program rests not just in its awesome abilities to edit MIDI and raw waveforms to create sound, but also in the suite of built in DSP effects that come bundled with your installation.

This program provides essential information about dynamics processing that will help make all of your mixes sparkle. Learn the tricks to Gating, Compression, limiting and expanding sounds to make them as big in the mix as possible.

Steve also covers reverbs, delays, and many of Logic's other built-in DSP effects. In fact, if you ask me, the sections on Vocoding and using the Space Designer are enough to justify getting this tutorial program ... this is essential information no logic user should be without!

Check out the table of contents below:
Outline
Section 1: Dynamics Processing
Section 2: EQing and Mastering
Section 3: Using Filters
Section 4: Delays and Distortions
Section 5: Using Reverberations
Section 6: The Igorizer
Other courses in this series
What to do next
Embed Video
Embed this video in a blog, forum post, or webpage. 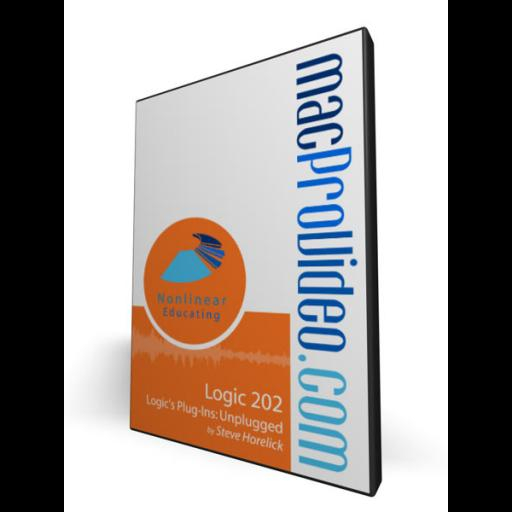