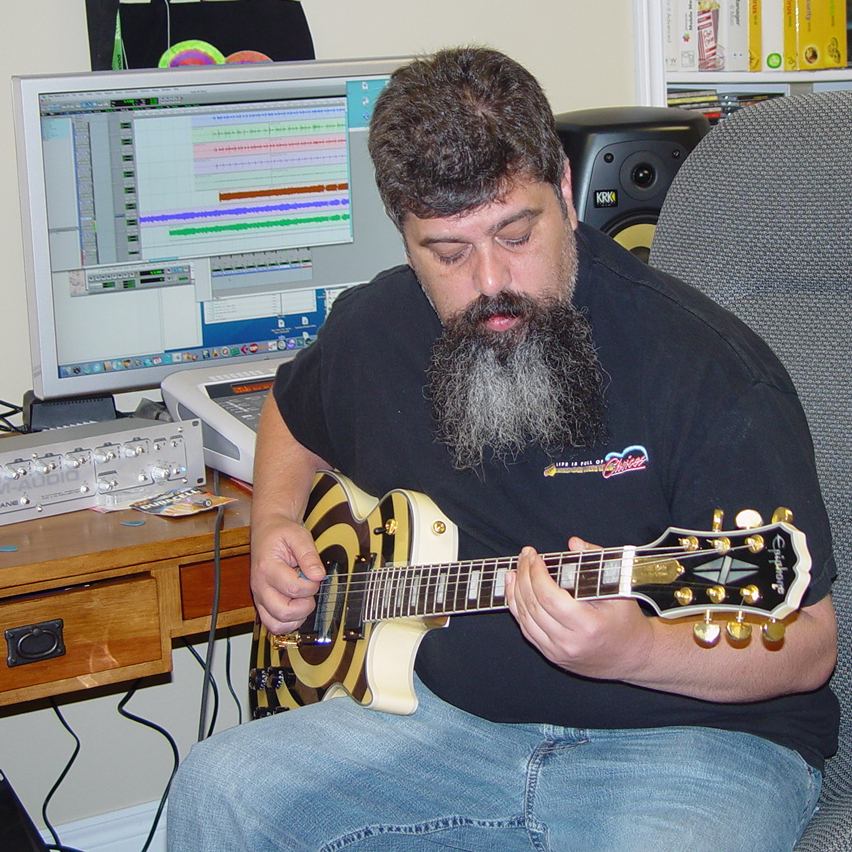 Jim Dalrymple
Jim Dalrymple is formerly Macworld's Editor at Large, and also a man that knows how to shred his axe!
Watch Free Previews!
View the first 3 videos of every course.
Get A Library Pass!
Watch this course – and ALL macProVideo.com courses – for as long as your pass is active.
Purchase just this course! Watch it anytime, for life.
To download & view offline, use our
NonLinear Educating Player Software.
Overview
Status: Available
As a live performance tool, MainStage is more than just a keyboardist's dream ... in fact, if you're a guitar player, MainStage will let you build custom amps and foot pedals combinations that give you all of the worlds best guitar rigs and effects in software emulation.

In this tutorial you'll learn how to create custom guitar rigs, including modeling amps to achieve signature sounds, setting up DSP effects, and working with tone to ensure your guitar sounds exactly the way you want it to, you'll also learn a few cool tips and tricks for fading between stacked amps and setting up your guitar to work seamlessly with MainStage.

This tutorial is produced by Jim Dalrymple, legendary in the Mac community for being the co-founder of MacCentral and the "Editor at Large" of Macworld.com! But if you've spent any time in the east-coast rock scene, you also know that Jim is equally legendary for his amazing guitar skills and rock-star lifestyle. His chops are in full effect in this seminal MainStage tutorial!

Outline
Section 1: 01 Introduction
Section 2: 02 MainStage Interface
Section 3: 03 Working With Concerts
Section 4: 04 Layouts
Section 5: 05 Patches
Section 6: 06 Sets
Section 7: 07 Conclusion
Other courses in this series
What to do next
Reviews
Feedback
How are we doing?
We'd love your thoughts, feedback and questions regarding our new site. All feedback is appreciated!
We do not respond to this form! If you need support, please visit our support page.
Thank you for your input!
Your message has been successfully sent
Course Advisor
Don't Know Where To Start?
Ask A Course Advisor