Outside The Box 101
Vocal Production and Arranging
Genre: Audio
Join innovative music producer, Eyal Amir, as he reveals the magic behind his advanced vocal production techniques in this unique, new MPV tutorial series: Outside The Box...

Eyal Amir
Eyal Amir is an innovative composer, producer and video maker who is constantly expanding the universe of music production. He is widely acclaimed for his highly successful Project RnL YouTube videos.
Watch Free Previews!
View up to 5 free videos from ANY course each day.
Out of free previews? Come back tomorrow to watch some more!
Get A Library Pass!
Watch this course – and ALL macProVideo.com courses – for as long as your pass is active.
Purchase just this course! Watch it anytime, for life.
To download & view offline, use our
NonLinear Educating Player Software.
Overview
Status: Available | Released: Mar 28th, 2012
Vocal production and arranging is the driving force behind every hit song. In this tutorial, producer and composer Eyal Amir explains how and why he created the vocal arrangements in his latest tune, Latin Dream. See how he works with the captivating vocalist, Tammy Scheffer in creating, the seemingly simple yet extraordinarily complex, vocal tracks in this beautiful recorded, original production.

What makes this tutorial especially unique, is how Eyal combines his DAW screen capture shots alongside actual session footage of Tammy singing to provide both technical and visual illustrations on how he accomplishes his wonderful and unique vocal soundscapes.

Eyal also shows you how he studiously designs his complex lead, doubling and backing vocal tracks. Listen as he explains how he constructs his vocal arrangement to heighten the emotional and lyrical impact of the song. Also included in this tutorial are a series of videos examining Eyal's harmony, counterpoint and harmonic target note techniques that form the harmonic foundation of his vocal arrangements.

So if you're looking for some new and creative vocal production ideas, let Eyal show you how to think Outside The Box and bring your vocal arrangements to a whole new level
Outline
Section 1: Section 1: Vocal Production and Arranging
Other courses in this series
What to do next
Embed Video
Embed this video in a blog, forum post, or webpage. 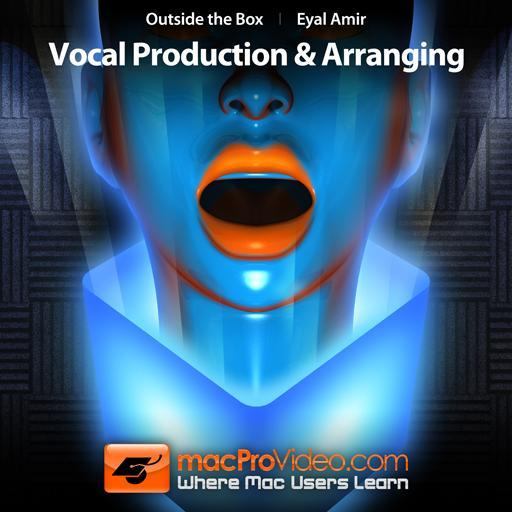