Record 101
Core Propellerhead Record
Genre: Audio
With Record 1.5 Propellerhead Software has added full-featured professional audio recording to their suite of music production software. And we at macProVideo.com are excited to introduce you to G.W. Childs IV who will show you all the potential power locked up inside this awesome new DAW!

G.W. Childs IV
G.W. Childs is an audio & video production powerhouse whose credits span the gamut from work with the US Department of Defense to soundtracks with LucasArts and remixes for James Brown & Ray Charles.
Watch Free Previews!
View up to 5 free videos from ANY course each day.
Out of free previews? Come back tomorrow to watch some more!
Get A Library Pass!
Watch this course – and ALL macProVideo.com courses – for as long as your pass is active.
Purchase just this course! Watch it anytime, for life.
To download & view offline, use our
NonLinear Educating Player Software.
Overview
Status: Available | Released: Aug 25th, 2010
The name says it all: "Record" is a full featured audio/midi recording software package designed for the recording musician. It has unlimited tracks, a powerful mixer modeled after the SSL 9000K with FX, EQ and dynamics processing on every track. And if you own Reason, you can also access every synth and effect in Reason's rack! The sonic possibilities are, well, astounding!

macProVideo.com is excited to bring you G.W. Childs IV, a Reason & Record power-user, to introduce you to the potential power locked up inside this awesome new DAW! From basic set-up techniques to audio Time Stretching and Blocks, G.W. gets you started recording and producing your ideas into final tracks with Record!

G.W is a music industry heavy-weight whose credits as a sound designer include Lucas Films, remixes for James Brown & Razed in Black, and other productions that span the musical spectrum. He comes to macProVideo.com directly via our friends at Propellerhead Software (the developers of Reason and Record) who personally recommended G.W. as the man in the know when it comes to Record!

Now with Record every musician has the essential tools required to produce music that sounds like it was recorded and mixed by a big studio engineer. So join G.W. Childs as he shows us how to harness the power of Record to turn our tracks into solid platinum!
Outline
Section 1: Section 1: Introduction
Section 2: Section 2: Setting Up
Section 3: Section 3: Record Geography
Section 4: Section 4: Recording in Record
Section 5: Section 5: Editing in Record
Section 6: Section 6: Mixing in Record
Other courses in this series
What to do next
Embed Video
Embed this video in a blog, forum post, or webpage. 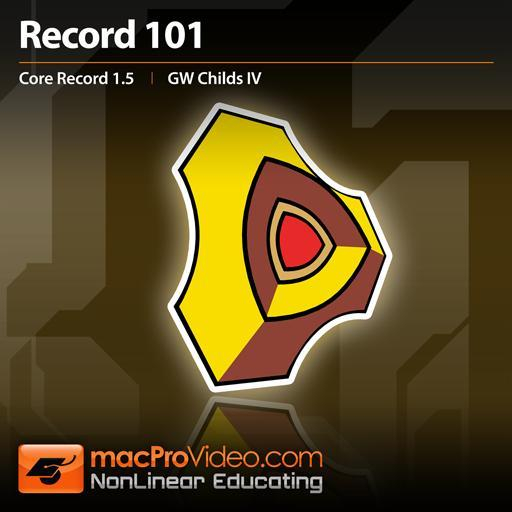