Game Audio 201
Creating Music For Games
Genre: Audio
Do you want to know how to compose music for games? Would you like a piece of a 50 billion dollar industry? If so, put down your game controller and pay attention to the monitor, because the talented and entertaining David Earl is here to teach you how it's done!

David Earl
David Earl is a composer/producer and Logic Studio guru living in the San Francisco Bay Area. You've seen him on YouTube, now watch his work at macProVideo.com!
Watch Free Previews!
View up to 5 free videos from ANY course each day.
Out of free previews? Come back tomorrow to watch some more!
Get A Library Pass!
Watch this course – and ALL macProVideo.com courses – for as long as your pass is active.
Purchase just this course! Watch it anytime, for life.
To download & view offline, use our
NonLinear Educating Player Software.
Overview
Status: Available | Released: Apr 22nd, 2013
Like all of David's courses, this course start off by giving you a historical perspective of the video game industry and its music. From 8-bit and beyond you're transported into the present era where music for games is the state of the art! You first learn about industry politics and composer/developer relationships with all of its expectations and intricacies. Understanding the business is important, but what about the music?

Well, let's start composing! First you learn how to design loops. Now these aren't just simple beats, dude! These are skillfully created loops that evolve, expand and interact with each other and the game in complex and creative ways!

Next up you learn how to create what David calls "Dynamic Music Scores and Themes" that incorporate ever-changing tension levels. These powerful music arrangement and orchestration techniques are the bread-and-butter of every successful game composer. Understanding how to compose and manipulate these techniques and the music that they embody allows you to accentuate the action, motivate the player and enhance the overall game experience.

The last section in this amazing course is all about implementation. You learn all about different game states and how to create the essential transitions that tie them all together. You also get a ton of information on cue prep, mock-ups, 3D music emitters, FMOD and so much more.

So stop playing games and start composing music for games because, quite frankly, that's where the money is!
Outline
Section 1: Section 1: Early Video Game History
Section 2: Section 2: Creating Loops
Section 3: Section 3: Creating Tension Levels
Section 4: Section 4: Exploring Games States and Realtime Parameter Control
Other courses in this series
What to do next
Embed Video
Embed this video in a blog, forum post, or webpage. 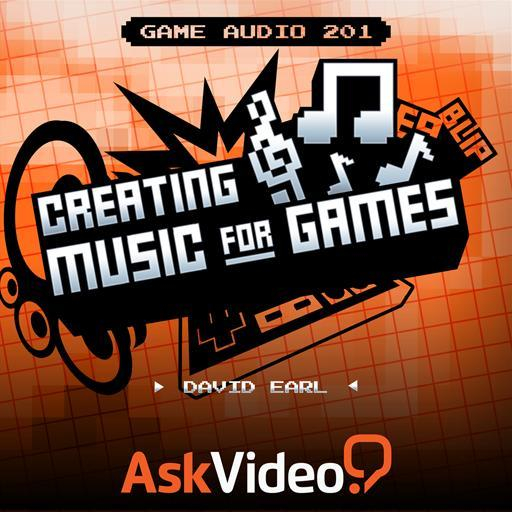